Utilizing scientific achievements to manifest cleanliness and sustainability and environmental safety are certain needs of the hour.

It is also estimated to grow at a CAGR of 5.4% during its forecast period from now until the end of 2027. Technologically enhanced systems such as the unidirectional airflow system, reduction in expenses and time, and customisation as well as commercialization of the cleanrooms are some of the major factors behind boosting up the CAGR and the profits generated by the cleanroom technology market in the upcoming years.

This cleanroom technology market is one of the few markets whose demand has gone up high post the outbreak of the pandemic crisis. This is because the pandemic has generated demand and the necessity of a contamination-free surrounding.

Stringent regulatory system, increasing demands for sterilized spaces, such as pharmaceutical formulations, rapidly rising demand for medical devices, growth of the other technologies in the biologics sector, etc are the most important driving forces in the growth of this cleanroom technology market.

The NSQHS (National Safety and Quality Health Standards) and the ISO checks have made it more important to have energy efficient cleanrooms. The increasing demand for cleanrooms in developing economies also provides room for the growth of the cleanroom technology market. 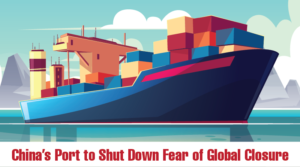