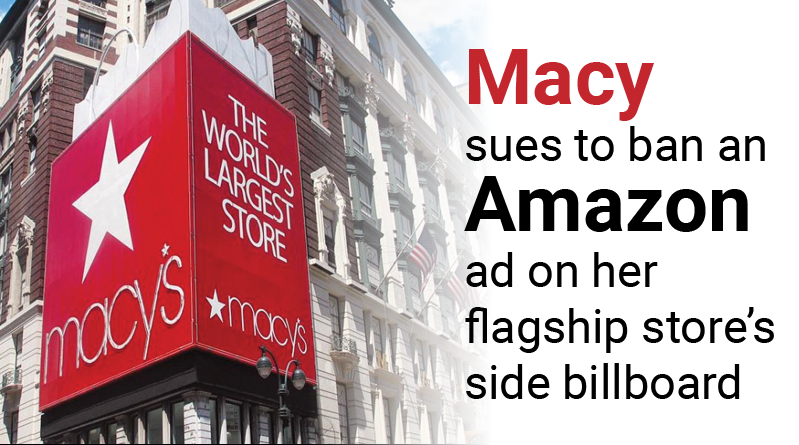 Macy’s is an American chain, which was originally established by Rowland Hussey Macy in 1858. It was created in 1994 to become a section of the Federated Department Stores in Cincinnati, where the company is associated with the department stores chain of Bloomingdale, and in 2007 it was renamed Macy’s, Inc. Macy’s had become the largest retail shop in the U.S. by 2015.

Macy’s Herald Square is one of the world’s most extensive department stores. The flagship shop comprises practically the full New York City block with around 1,1 million square feet of retail space, plus offices and storage space.

Herald Square is believed to be worth roughly $3 billion.

Amazon is apparently interested in advertising on the big billboard adjacent to Macy’s flagship store on 34th Street in Manhattan, which is perhaps the nation’s most prominent department store.

And Macy’s (M) is fighting back, arguing it has had the right to block any other shop from advertising on the sign for nearly 60 years and that such an ad from its deep-pocketed online rival would be “irreparably damaging” to the company.

In TV coverage of the annual Macy’s Thanksgiving Day Parade, both the storefront and the billboard are prominently featured. The business was featured in both the original 1947 film “Miracle on 34th Street” and its 1994 remake. According to the suit, millions of New York residents, commuters, and tourists view the billboard each year as they pass through Herald Square, where the business has been located since 1902. (Macy’s opened 20 blocks south in 1858.)

The 2,200-square-foot billboard looks to be on Macy’s property, but it is actually tied to a neighbouring building owned by a division of Kaufman Realty Corp., which also owns the billboard. According to the lawsuit, Macy’s has advertised on the billboard since it was built in 1963, and the terms of that contract, as well as all subsequent contracts, included a clause prohibiting the billboard’s owners from selling space on it to any other “establishment selling at retail or directly to any consumer” for the rest of their lives.

With its contract set to expire at the end of August, Macy’s said it made an offer to renew ads on the billboard and was told that Kaufman planned to rent the space to a “prominent online store,” which Macy’s believes to be Amazon.

According to the lawsuit, Kaufman’s counsel stated that they did not believe they were bound by the 1963 contract’s limits.

As per the lawsuit, “the losses to Macy’s customer goodwill, image, notoriety, and brand if a ‘prominent online business’ (particularly Amazon) advertises on the billboard are impossible to quantify.”

In a statement, Macy’s stated that it “continues to hold rights relating to advertisements at that location.” “We anticipate reaping the advantages of these rights, and we have asked the court to safeguard them.” Neither Amazon nor Kaufman would comment on the complaint.

The department store business has been in decline for decades, with many of Macy’s long-time competitors, such as Sears, JCPenney, and Neiman Marcus, declaring bankruptcy. Another, Lord & Taylor, went out of business last year. The migration to internet merchants like Amazon is just one of the issues that department shops are facing.

Macy’s has done better than many of its traditional competitors, but it has also closed several of its shops to cut expenses over the years.

Meanwhile, according to an August storey in The Wall Street Journal, Amazon is exploring constructing brick-and-mortar storefronts akin to department stores.

According to the lawsuit, Macy’s abandoned the billboard in late August when its contract ended and it was unable to reach an agreement on a new one.

InAmazon is apparently interested in advertising on the big billboard adjacent to Macy’s flagship store on 34th Street in Manhattan, And Macy’s (M) is fighting back, Herald Square is believed to be worth roughly $3 billion, Macy sues to ban an Amazon ad on her flagship store's side billboard 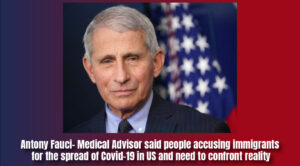 Next post U.K. to face a difficult winter due to supply issues