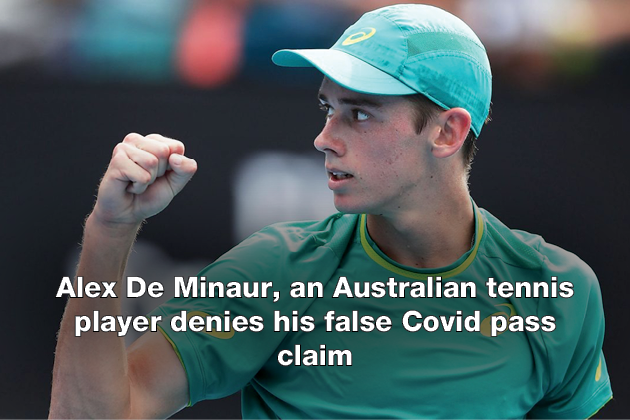 Australian tennis player, Alex De Minaur, denied his wrongdoing after he was linked to Spanish police investigation of people and was suspected of paying for false Covid-19 Vaccination Certificates.

Spanish media reports that De Minaur is among 2,200 people whom the National Police says are under investigation for having paid a criminal ring for false certificates.

On Thursday evening, De Minaur’s mother who is Spanish, said on Twitter that she wants to make it 100% clear that her son has received his second shot and have a completely valid, accurate and true vaccination record.

De Minaur said that he received his first vaccination in London, last year before he got his second shot at Madrid’s La Paz Hospital.

On Tuesday, police said that they had arrested four more individuals, with the seven who were already arrested in January, who were suspected of belonging to the ring.

The ring supposedly recruited health workers to enter the names of its clients into Spain’s vaccination register illicitly which allowed them to receive a vaccination certificate without having been administered shots.

According to police, the ring found clients through messaging groups which are popular among anti-vaccine groups.

Spanish police said that in January, they had found the leaders of the ring who were operating from France and had informed French police of their identities.

The investigation is still going on.

Last month, De Minaur played in the Australian Open and lost in the fourth round to Jannik Sinner. Top-ranked Novak Djokovic was deported from Australia before the tournament after he lost a bid to stay in the country, though he was not being vaccinated against COVID-19. 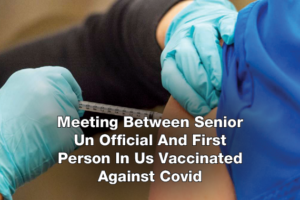