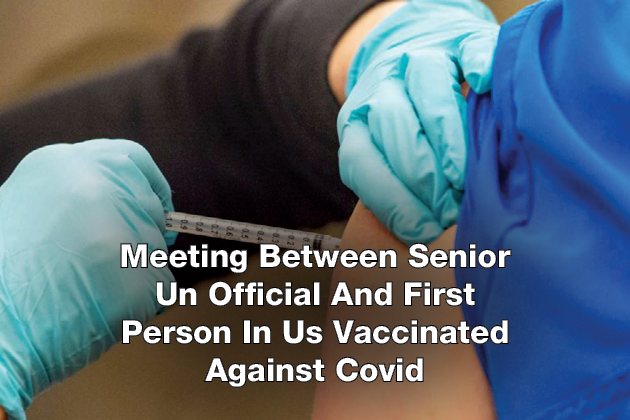 Abdulla Shahid, President of the General Assembly meets the first American to be vaccinated against Covid in New York City, named Sandra Lindsay.

On Wednesday, the meeting came ahead of a high level vaccines event to be held at the United Nations, where Ms. Lindsay speaks about the importance of vaccine equity.

Sandra Lindsay said that she wants people to listen to the science and strive for #VaccineEquity.

Abdulla Shahid said that The United Nations is hosted in New York and they are part of this strong City. He is summoning the 25 February event to galvanise momentum for universal vaccination.

Sandra Lindsay said that it was amazing to know that she(herself), a young lady from Jamaica would one day end up in the General Assembly.

She also added that she is happy that she is here ahead of the debate that is on Friday where she will talk about the importance of vaccinations, vaccine equity, and global health.

The meet and greet was also seen as an opportunity for President Abdulla Shahid to thank the health professionals in New York who, since the outbreak of the pandemic have worked conventionally to treat and support the diplomatic community, who are mostly New York residents.

President added that they thank the medical workers who have been on the front line, seven days a week and 16 hours a day.

He also said that it is a privilege to meet Ms. Lindsay and to hear from her about the work being done in New York.

The President described her as a colonist who showed humanity by taking the vaccine.

He added that she will be the one person whom the world will remember.

Sandra Lindsay told President Abdulla that vaccine equity is near and dear to her heart. She is happy that she chose it as the theme of the high-level event.

She also addressed the vaccine as “hope.”

Sandra Lindsay will speak on vaccine to the high level event through a pre- recorded video message.

She will request the global community to prioritise education about vaccines, support for health care workers, and vaccine equity in order to stop the pandemic.

Dr Lindsay is also the director of nursing for the critical care division at Long Island Jewish Medical Centre which is a part of Northwell Health.

InMeeting Between Senior UN Official And First Person In US Vaccinated Against Covid, vaccine, VaccineEquity 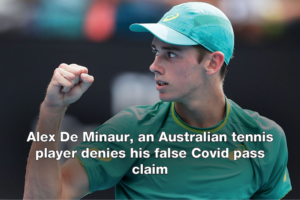