Man is the most intelligent of all the animals yet the most destructive too. Plastic was invented by Alexander Parkes in 1862 as a substitute to paper. Paper was widely used for packing things then, and it required cutting trees and thus harmed the environment.

So at first, plastic was seen as a remarkably convenient, blissful and cheap packaging that saved millions of trees from the axe.

Indeed, the easy to mould plastic that can be made into various shapes, colours and sizes became the most appealing material for household items and packaging. Moreover, being lightweight and waterproof make it superior to any other material man has known.

But this widely used material which was seen as a boon, is non-biodegradable. That is, microorganisms cannot decompose it until a very long, long time (centuries!) So the disposable spoon you used at the party will end up in a landfill and stay put for around 4000 years!

Apart from being non-biodegradable, plastic has several other disadvantages for the environment, on humans, wildlife and marine life. Keep reading further.

How Plastic Harms the Human Health

How Plastic Harms the Environment

How Plastic is Destructing Marine Life: 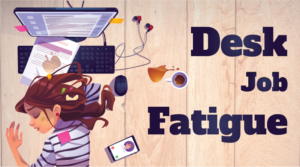