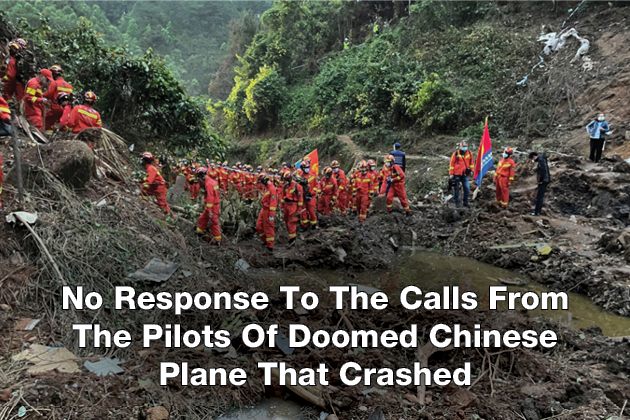 In the air disaster of China Eastern flight 5735, a report was revealed that the pilots and nine crew members of the crashed plane did not respond to the numerous contact from Chinese air-traffic controllers.

This was after the engineer lost control and the aircraft headed for a free fall.

On March 22, in a press conference, the authorities mentioned that they did not receive any response to the incessant calls.

It was also mentioned that the doomed plane disappeared from radar at 2:23 pm local time that was three minutes when the nosedive commenced at a baffling 29,000 feet.

China’s Civil Aviation Administration, Zhu Tao, said that despite a looking the first entire day for shreds of evidence at the crash site, the officials failed to point out the cause of the flight’s steep descent on Monday.

Tao also reasoned that the ongoing investigation into the Boeing 737-800 NG plane’s wreckage is going to be a difficult one as the impact is devastating and also the terrain is hilly in the probe zone.

Further, it was told by the officials that the aircraft’s black boxes and orange-coloured voice or data recorders are yet to be located, as told by the Chinese state-affiliated media.

Understanding the situation, a full-fledged search operation is underway and Tao also iterated that the officials will continue to collect evidence in a bid in order to establish the correct understanding of the cause of the crash of the plane that carried 132 people.

The black boxes from Flight 5735 have still not been recovered. Rough terrain and the state of the aircraft that plunged from about 29,000 feet (8,840 meters) is making the search difficult.

According to the data from Flightradar24, the Boeing Co. 737-800 had knifed through the air at more than 640 miles per hour, and at times it may have exceeded 700 mph.

John Hansman, a Massachusetts Institute of Technology astronautics and aeronautics professor who has reviewed Bloomberg’s calculation of the jet’s speed said that the preliminary data has indicated that it was near the speed of sound and that it was coming down steep.

Investigators have yet not offered any major insights as to why the jet carrying 132 people crashed near Wuzhou in southern China on Monday. The investigators said at a press conference late Tuesday that it was too early to draw any clear conclusions about the cause.

In the repercussions of the crash, the mountain around the site had caught massive fire because of the dense forest surrounding it. 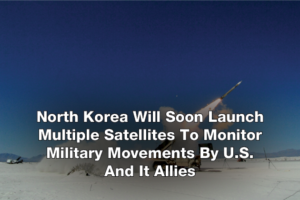 Next post North Korea Will Soon Launch Multiple Satellites To Monitor Military Movements By U.S. And It Allies