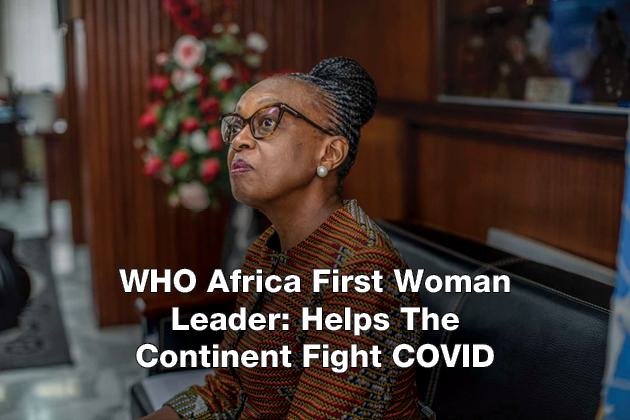 In BRAZZAVILLE, Republic of Congo, where people stood up when Dr. Matshidiso Moeti entered a room at the World Health Organization’s Africa headquarters in the Republic of Congo and they listened intently to what she said.

Moeti is the first woman to lead WHO’s regional Africa. Here, she had overcome discrimination in apartheid South Africa in order to become one of the world’s top health administrators.

Moeti, as the WHO Africa’s chief, initiated emergency responses to health crises in 47 of the Africa’s 54 countries and recommended the policies that would strengthen their health care systems.

Since, the appointment of Moeti in 2015, she has grappled with the world’s deadliest Ebola outbreak, in West Africa. Also, she had to handle lingering criticism of WHO’s spending and hiring in Africa as it deals with allegations of sexual assault by contractors during the Congo’s Ebola crisis.

From the start of her second term in 2020, Moeti has faced the toughest professional and personal challenges in helping Africa in respond to the pandemic.

She has also become one of the world’s most compelling voices who urges for better consideration of Africa’s people, especially women.

Women who have in many ways been hit a lot by COVID. Moeti’s identity as an African woman has been both as a strength and as an obstacle on a continent where much of society is still dominated by the patriarchal systems.

Moeti, 67 years old, told the Associated Press during a recent visit to WHO Africa headquaters that she is doing her best to be there not only as a technician and a manager and a leader, but also as a woman from the region, from the continent

She also added that she is very privileged and at the same time, she is looking forward to the day when it will no longer be notable that there is a woman who is leading an organization, as it will have become part of the norm.

In Africa, women have suffered disproportionately during the pandemic because of lower vaccine rates, economic turmoil, rising pregnancies, and other healthcare issues that increased in domestic and gender-based violence, where Moeti has addressed that inequality is a cornerstone of her work.

Moeti said that she wants to help the women and needs a way out to reach the underprivileged women with awareness campaigns and economic aid.

Moeti listened with the others to 25-year-old biochemistry student, Arnie Mayeyenda, who explained COVID-19 prevention methods and vaccination efforts to residents. Moeti also leaned over to listen to a translator as the student spoke, while she nodded in encouragement.

The student said that many people are not aware of the presence of the virus and they need to let them know about it and how to avoid getting it, while she explains how Africa still lags behind other parts of the world.

According to WHO Africa, the pandemic has also worsened the existing gender inequities in key spheres.

According to the U.N., Women constitute over 70% of the health and social workers in Africa and are on the frontlines of COVID-19 response, while still 85% of national task forces are led by men.

After cheering and celebration that is a part of the usual fanfare of official visits, Moeti headed to a hospital where nurses lined up to welcome them. Moeti and the health minister reassured the women who was tested for Covid 19.

Africa as compared to the rest of the world has shown lower rates of COVID-19 case due to lower testing levels. Countries have struggled to treat the sick and the vaccination level has been low, but the African population was fully vaccinated by the end of March.

Moeti has almost 40 years of experience in public health but with the coronavirus pandemic, she was confronted with new challenges.

A major controversy during Moeti’s term was seen in Congo, when a commission found that WHO-contracted staff members were among the aid workers who had perpetrated sexual abuse during the Ebola crisis from 2018 to 2020.

Moeti said that policies have been implemented to be sure that this does not happen again and included stricter management of the hiring and supervision of contract workers.

Moeti remained optimistic about Africa’s path out of the pandemic, and also WHO’s role in that progress.

Despite the challenges that she has faced, she is firm enough not to change her life. Her family and education continue to motivate her to improve Africa’s health care.

Moeti said that when she thinks of young African girls suffering during COVID-19, she just wants to help improve their lives, inspire them, and make them the leaders.

She also wants them to know that she was also a child who was in the South African township and running around the streets. 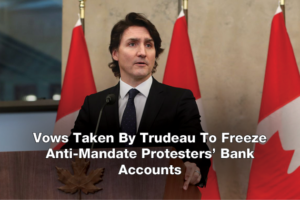