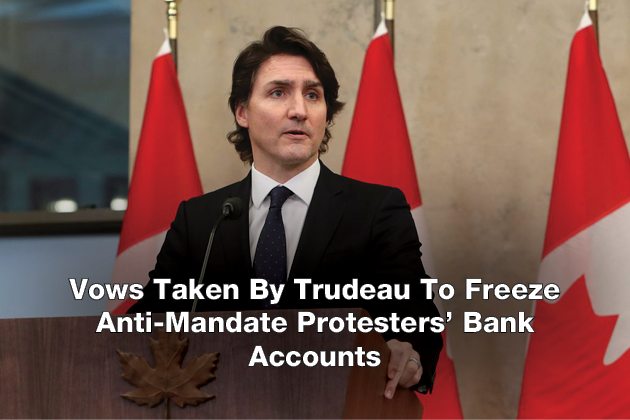 Mr Trudeau said that the scope of the measures would be time-limited, reasonable and proportionate and would not see the military established.

Banks will be able freeze personal accounts of anyone linked with the protests, without a court order.

On Sunday, at the Ambassador Bridge in Windsor, law enforcement, after a week- long stalemate, cleared anti-mandate protesters, which is a critical pathway for Canada-US trade.

A rally began against a new rule that all truckers must not only be vaccinated to cross the US-Canada border, but also quarantine upon return, which has grown into a bigger challenge to all Covid health restrictions.

Mr Trudeau told a news conference on Monday that this is about keeping Canadians safe and to protect people’s jobs.

He said that the police would be given more tools to detain or fine protesters and protect the critical infrastructure.

Mr Trudeau told reporters that the legislation would be applied temporarily and in a highly particular manner.

Critics also noted that the prime minister voiced support for farmers in India that blocked major highways to New Delhi for a year in 2021, mentioned at the time that Canada will always be there to defend the right of peaceful protest.

At Monday’s News Conference, Deputy Prime Minister, Chrystia Freeland, said that banks would be able to freeze personal accounts of anyone linked with the protests without any court order.

She also added that vehicle insurance of anyone involved with the demonstrations can also be suspended.

Ms Freeland said that they were broadening Canada’s Terrorist Financing rules to cover cryptocurrencies and crowdfunding platforms which acts as part of the effort.

She also added that it’s all about following the money.

The Emergencies Act which was passed in 1988, required a high legal bar to be solicit. It may only be used in an urgent and critical situation that seriously jeopardize the lives, health or safety of Canadians.

On Monday, Canada’s Justice Minister, David Lametti argued that these conditions had been met.

But the Canadian Civil Liberties Association disagreed and warned that the move threatened their democracy and their civil liberties.

Ottawa protest leader, Tamara Lich, dismissed Mr Trudeau’s move, and told AP News that there are no threats that will frighten them. They will hold the line.”

Ontario Premier Doug Ford, a Conservative said that he was in the support of the federal government.

But the leaders of Quebec, Manitoba, Alberta and Saskatchewan said that the emergency powers were not needed in their regions.

Before Mr Trudeau’s announcement, Quebec’s leader, Francois Legault, said that invoking the Emergencies Act could throw oil on the fire.

Under growing pressure to bring the disruptive protests to an end, which can be from the White House or increasingly frustrated Canadians, Prime Minister, Justin Trudeau, entered unexplored territory with the decision to invoke the never-before-used 1988 Emergencies Act, which is the country’s most powerful tool when it is faces a national emergency.

The powers announced by Mr Trudeau went into effect immediately, but his government had to present it to the House of Commons and the Senate within a week, in order to get a green-light or else he announcement would be revoked.

All-important Canadian federal political party leaders have said that it’s time for the protests, which have had an impact on supply chains, the national economy, and the country’s relations with the US to come to an end.

But the leaders are not all necessarily on board with Mr Trudeau’s unprecedented move.

Conservative leader, Candice Bergen voiced his concern that it could trigger the situation.

The support of NDP leader, Jagmeet Singh, might give Mr Trudeau enough votes to pass it through the House, but the Senate could still be a hurdle.

Protests are going on in various parts of the country.

The nation’s capital, Ottawa, have seen in between 400 to 500 trucks parked in the city centre for 18 days.

Protesters have also been blocking the border crossing at Coutts, Alberta, Emerson and, Manitoba.

Alberta police, on Monday has arrested 11 people and seized a cache of guns and other weapons.

In cities, including Toronto and Winnipeg, weekend protests have also taken place. 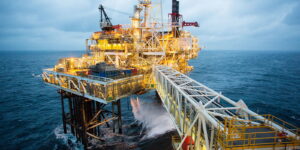 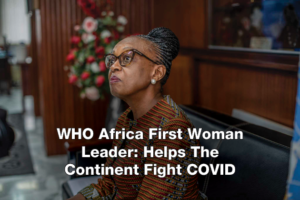