An Advertising Standards Authority (ASA) of the UK has decided to ban advertisements of seven cryptocurrencies on grounds of being fools and purposely taking advantage of the inexperience of consumers and also for failing in demonstrating the investment risks.

However, the watchdog announced assets of crypto as a “priority of red-alert”. Whereas, the banned advertisements involve a host of admirable crypto exchanges in Kraken, Etoro, Luno, and Coinbase and popular pizza chain Papa john’s Pizza.

The USA instructed all the companies involved in this to make ensure that they don’t appear again, besides giving a specific command to each company about what they should do in order to follow its standards of advertising in upcoming years.

UK advertising watchdog stated that “the advertisements were directed for the general public and as per our consideration most of the peoples those are engaged in promotions associated to buy pizza were probably inexpert according to their understanding of cryptocurrencies and the risks associated in doing so.”

However, the officials considered that, whether these advertisements were careless as they “took advantage of inexperience and credulity of people and undervalued in crypto.

While, Papa John’s stated that, the advertisements achieved no comments on trading in Bitcoin, and on the other hand the promotions were only provided by the customer’s mechanism for the public to get Bitcoin for free. They compared promotions as a discount on products or an offer of cashback, the difference is only that the saving was rewarded in Bitcoin.

However, as a part of the promotion, the ASA stated that the people would have to build up an account on a cryptocurrency exchange that is Luno that offers an option for consumers to trade in cryptocurrencies either with their cash or with the promotional amount of Bitcoin.

The cryptocurrency exchange platform “Coinbase” has also paid for advertisement on Facebook banned, which involved text settings “5 pounds which are approx. Rs.508.83 in 2010 in #Bitcoin and could be valued around 100,000 pounds which is approx. Rs.1.01 crore. Don’t fail to tale an advantage on the upcoming decade-begin with Coinbase today.”

Under the headline of “Coinbase” included a text with a list of bullet points which addressed that “Easy and simple to use”, “Trusted”, and “Never been hacked.”

Under the heading of “The Competition,” there was a text with bullet points that addressed “Unregulated”. And at the bottom of the post, the text addressed “Buy Bitcoin in just 5 minutes with as few as 25 pounds which is approx. Rs. 2,543.”

However, the ‘Coinbase” addressed that the advertisement didn’t state that, the “crypto was an investment.”  It also stated that the consumers (peoples) were made alert of the possible risk via their agreement of user, and the chances of discovering more through “Earn” product and “Learn” pages displayed on their website. They described that they have made clear that the cryptocurrency is a high-risk product, through those resources.

While, Coinbase has gone through many allegations for confusing consumers/people as its advertisement is addressed to its competitors as “unregulated”, suggesting that Coinbase was regulated.

Advertising Standards Authority (ASA) has made a direct difference among the businesses that would be regulated by cryptocurrency services or FCA in general. 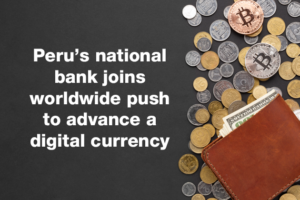 Next post What Parker Solar Probe Saw When It Experiences the Sun from Closer for The First Time?