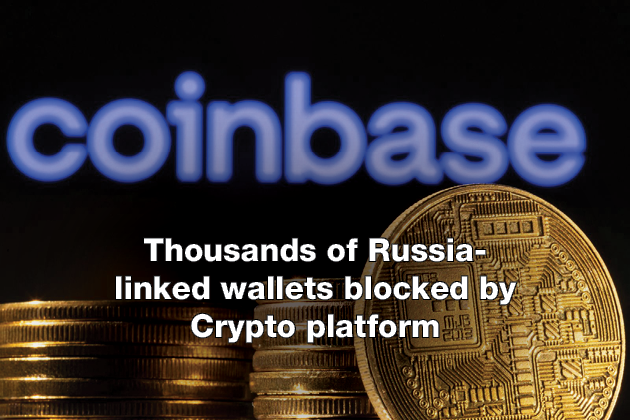 Coinbase, the Crypto-currency trading platform, has blocked 25,000 wallet addresses which are related to Russia.

The platform said that the addresses were related to Russian individuals or entities and it believed to have been engaged in illicit activity.

The addresses were blocked over fears that crypto-currency could be used to elude sanctions.

Paul Grewal, the chief legal officer of Coinbase, made an announcement on a company blog.

Mr Grewal outlined that now the crypto exchange was complying with new rules that were imposed because of the Russia’s invasion of Ukraine.

This meant that there was no access for sanctioned individuals and included sophisticated blockchain analytics in order to identify accounts that were indirectly linked to banned users.

Mr Grewal also wrote that Coinbase blocked over 25,000 addresses that were related to Russian individuals or entities as they believe it to be engaged in illicit activity as many of which they have identified through their own proactive investigations.

He added that he has shared them with the government in order to support sanctions enforcement, further.

Also, it was mentioned that sanctions play a vital role in the promotion of national security and the determent of unlawful aggression, as Coinbase fully supports these efforts by government authorities.

The US government has also sked crypto platforms to help them ensure that Russian oligarchs cannot use virtual currencies in order to avoid sanctions.

But many crypto platforms are resisting pressure from both Ukraine’s government and US and European politicians in order to further ban all Russian users.

The major concern is that the normal Russians might be using crypto-currency as a lifeline after the value of the ruble went down to a record low.

Chief executive, Brian Armstrong, said that with the shutdown of Coinbase’s operations in Russia, it would just hurt ordinary citizens.

He also tweeted that they are not pre-emptively banning all Russians from using Coinbase. They believe that everyone deserves an access to basic financial services unless the law says otherwise.

All the operations of Visa, Mastercard and American Express are suspended in Russia.

In Russia, all these three cards that are mentioned above can no longer work at shops or cash machines.

But Russia downplayed the impact of the suspension and suggested that the cards issued by Russian banks will continue to work inside Russia because the transactions can be handled by a domestic operator.

Some Russian banks that includes Sberbank and Alfa-Bank, said that they might issue co-badged cards that are linked to Russia’s Mir and China’s UnionPay international payment systems.

InMastercard and American Express are suspended in Russia, the Crypto-currency trading platform, The US government has also sked crypto platforms to help them ensure that Russian oligarchs cannot use virtual currencies in order to avoid sanctions., Thousands of Russia-linked wallets blocked by Crypto platform 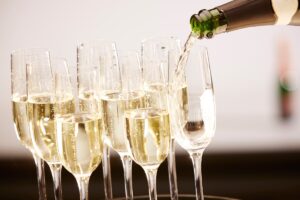 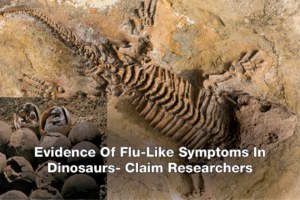 Next post Evidence Of Flu-Like Symptoms In Dinosaurs- Claim Researchers

Silicone Elastomers Market is valued at USD 9.4 billion in 2022 and is projected to reach a value of USD...

Biodegradable Plastic Market is presently valued at USD 4.6 billion and is poised to amplify at a CAGR of 9.7%...

Dermatology Devices Market is anticipated to grow favourably (forecast period). There is a huge demand for dermatology devices all over...