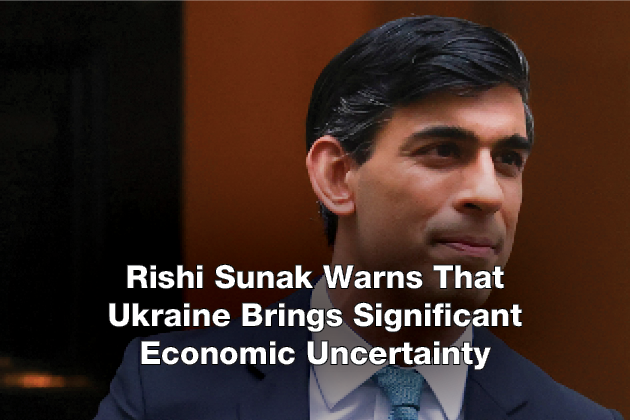 The chancellor has warned that Russia’s invasion of Ukraine means the significant uncertainty for the UK economy.

As the effects of the Omicron Covid variant has begun to ease, the UK growth has start bouncing back in January.

The Office for National Statistics said that the economy has grown by 0.8% compared with a 0.2% contraction in December.

UK faced a higher risk of recession because of the impact of the Ukraine conflict that would add to the sharp rise in living costs as was warned by one industry body.

The conflict in Ukraine has pushed the price of oil to the highest level for almost 14 years at one point. This has had a huge impact on fuel costs, along with the UK petrol prices reaching heights.

Gas prices have also climbed which led to warnings that average energy bills can reach £3,000 per year, in October, with a rise to £2,000 in April when there will be a rise in the energy price cap.

Grain prices, particularly of wheat have also jumped as both Russia and Ukraine are major global producers.

Suren Thiru, the British Chambers of Commerce (BCC) said that Russia’s invasion of Ukraine has increased the risk of a recession in the UK by aggravating the already acute inflationary squeeze on consumers and businesses and also sabotaging the supply of critical commodities to many sectors of the economy.

Mr Thiru also said that the growth of January was now looking into a rear-view mirror.

The Ukraine invasion’s economic consequences are pushing both inflation and growth in the wrong direction.

Now a line can be drawn under the pandemic’s economic hit as the inflationary cloud is now looking very dark.

The ONS figure also show that the UK’s economy was rebounded in January, with wholesaling, retailing, restaurants, and takeaways all performing well.

ONS said that with a continuation of the supply chain issues to dog some sectors, construction, and manufacturing both has grown.

Darren Morgan, ONS director of economic statistics said that computer programming and film and TV production also had a good start to the year.

He also said that the GDP has bounced back from the hit that it took in December because of the Omicron wave and is now 0.8% above its pre-pandemic peak.

Mr Sunak said that Russia’s invasion has been creating significant economic uncertainty but also it is vital that they stand with the people of Ukraine to uphold their shared values of freedom and democracy and ensure that Putin fails.

He also added that the government had provided unprecedented support throughout the Covid pandemic that has put their economy in a strong position to deal with current cost of living challenges.

In April, he called for the government to stop a planned National Insurance increase.

Mr McFadden also said that the government should look again at Labour’s proposal for a one-off windfall tax on oil and gas producers in order to cut household energy bills by up to £600.

Paul Dales, chief UK economist at Capital Economics, said that while the economy had rebounded with vigour, in January, the cost of living crisis and the influence of the war in Ukraine probably meant that this is as good as it gets for the year.

He also added that growth can probably slow throughout the year.

Despite all this, Mr Dales still expected that the Bank of England wants to increase interest rates at its meeting on Thursday, next week, with the main Bank rate will rise from 0.5% to 0.75% 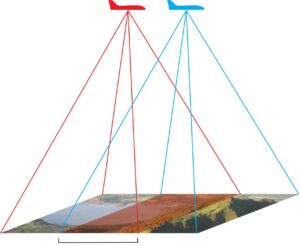 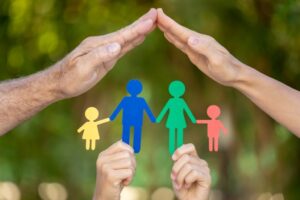