Merida is known for its picturesque beauty, educational institutions, and many entertainment activity centers for many years. It is situated in a valley between two mountain rivers Albarregas and Chama. With snow-capped peaks surrounding it Merida, allows one to enjoy a mild spring-like climate throughout the year. With warmer days and colder nights and narrow streets and colonial architecture, it has gained popularity of becoming a great hub of adventurous activities.

Recently, Merida, a state in Venezuela is hit by landslides and floods due to incessant heavy rainfall for a few days. The sudden burst of rain clouds has caused the rivers to overflow through the residential areas killing almost 20 people, despite evacuation and safety measures.

On the late-night of August 23 in Merida, heavy rain started pouring on the slope surrounding the Mocoties valley area, causing mudslides in the valley. Many vehicles got dragged through the streets, roads and got buried in the mud. Thousands of homes were reported to have been damaged by the rocks and debris. Power supply has been disrupted in these affected areas.

Two evacuation centers in Merida have been set up to house some of those displaced. However, others have found respite in the places of friends and relatives. One person was reported to have been rescued from a vehicle trapped in a flood. Still, the search for missing people is going on by rescue workers in the debris.

Assessment Of The Disaster

About 90 municipalities have been reported to be affected by this disaster. The Venezuelan president has declared an emergency of 90 days in the states (Merida, Tachira, Zulia, Apure, Amazonas, Bolivar, Delta Amacuro, Monagas and Aragua) affected, and all needy logistical and financial supports to the maximum extent, to expedite the assistance to the families affected. The oil minister has also guaranteed fuel for the rescue efforts and it is estimated that at least 50 thousand people have been affected.

Many cities are left without electricity as the floodwaters have damaged the transformers. Nearly 80 firefighters, 60 civil protection officials that were from Merida, are deployed for emergency operations with the help of armed forces stationed in the affected areas. Contributions like clothing, non-perishable food, blankets and water, and financial help are received through humanitarian aid collection drive organized.

Local media have also reported that the overflow has damaged the rivers and drainage channels. Many videos showed the vehicles being washed away by the surging flood. Governor of Merida has also urged not to politicize the critical situation but to work to better the living of the people affected.

Joint efforts by the government, locals and non-profit organizations will help Merida regain its fame and name. 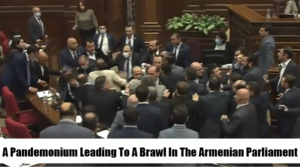 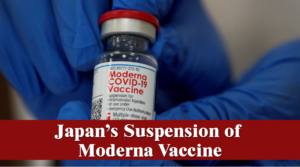