In 2019, the astronomer and his colleague discovered spooky glowing rings in the sky using CSIRO’s ASKAP radio telescope in Western Australia.

They said that the rings were not like anything they have seen before and they had no idea what they were.

They dubbed them into odd radio circles, or ORDs. But these continued to puzzle them. The new data from South Africa’s MeerKAT telescope has helped them solve the mystery.

They can now see that each ORC is centred on galaxy and is too faint to be detected earlier. These circles are more likely to be enormous expansions of hot gas that is about a million light year across and emanating from the central galaxy.

They have beautiful images of one of the rings which was taken in South Africa’s MeerKAT radio telescope and shows the ORC in stunning details.

They have seen these central galaxies in other ORCs too and at a vast distance from Earth. They now think that these rings surround distant galaxies about a billion light years away that means the rings are enormous which is around a million light years across.

From modelling the faint cloudy radio emission that MeerKAT has detected within the rings looks like the rings are the edges of a spherical shell that surrounds the galaxy just like a blast wave from a giant explosion in the galaxy.

These also look like rings instead of orbs because the sphere appears brighter at the edges where there is more material along the line of sight which looks like a soap bubble.

MeerKAT has also mapped the polarisation of the radio waves that tells us about the magnetic field in the ring.

This also suggests that an explosion in the central galaxy has caused a hot blast in order to collide with the tenuous gas outside the galaxy.

The shock wave that resulted then energises with electrons in the gas that makes them spiral around the magnetic field which generates radio waves.

One big surprise from the MeerKAT result is that within the ring they have seen several curved filaments of radio emission. But they still don’t know what these are.

As both the black hole mergers and starburst events are rare that has accounted for why ORCs are so rare.

The puzzle of ORCs is not solved yet, and they still have to learn much about these mysterious rings in the sky.

As far, they have only detected them with radio telescopes and have seen nothing from the rings at optical, infrared, or X-ray wavelengths.

To find out more they need a tool even more sensitive than MeerKAT and ASKAP.

Fortunately, the global astronomical community has been building such an observatory, the Square Kilometre Array (SKA), which is an international effort with telescopes in South Africa and Australia.

ASKAP and MeerKAT were basically built to test the sites and technology for the SKA. But quite apart from their role as precursors for the SKA, both these telescopes have been hugely successful in their own right that is to make major discoveries in their first years of operation.

These two telescopes are also beautifully complementary as ASKAP is superb at surveying large areas of sky and finding new objects and on the other hand, MeerKAT is unrivalled as it zooms in on those objects and study them with higher sensitivity and resolution.

The SKA has promised to surpass both. No doubt, the SKA will find many more ORCs, and will be able to probe them to find out the solution as to what they are telling them about the lifecycle of galaxies.

Previous post Caffeine Market size was USD 420 million and it is expected to reach USD 708.5 million by the end of 2027 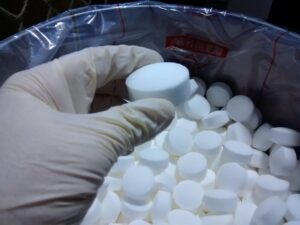