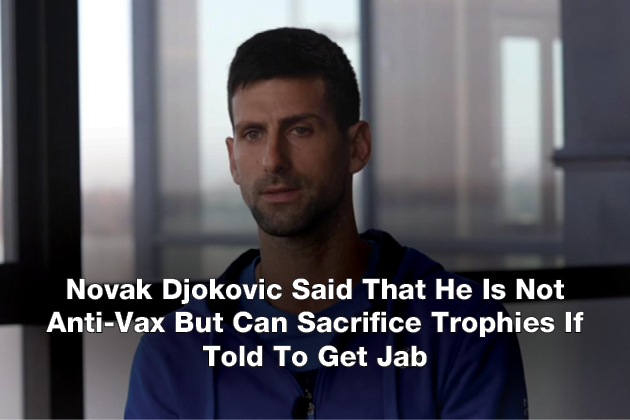 Novak Djokovic said that he would rather miss out on future tennis trophies than be forced to get a Covid-19 vaccine.

Novak spoke exclusively to the BBC and said that he should not be associated with the anti-vax movement, but he will support an individual’s right to choose.

He was asked if he would sacrifice taking part in competitions, such as Wimbledon and the French Open over his outlook on the vaccine.

He agreed to it and said that it is the price that he is willing to pay.

Novak, the 20-times Grand Slam winner, was expelled from Australia last month, after the government cancelled his visa in a row because of his vaccine status.

He is the world’s number one, men’s tennis player. He said that he had obtained a medical exception to enter the country so that he can play in the Australian Open as he had recently recouped from Covid-19.

But, the country’s immigration minister, Alex Hawke, has personally cancelled the 34-year-old’s visa, addressing that his presence could stir up civil unrest and encourage anti-vaccine sentiment.

He told the BBC that he was never against vaccination and confirmed that he has had vaccines as a child but have always supported the freedom to choose what to put in one’s body.

In January, when Novak was detained in Melbourne, in his first interview, he addressed guesswork about the timing of his positive Covid case in December and discussed his own attitude towards the vaccine.

He said that he was hoping for vaccination requirements in certain tournaments to change, so that he can play for many more years.

He also confirmed that he was willing to let go the chance to become statistically the greatest male tennis player of all time because he felt strong. Djokovic’s rival, Rafael Nadal, has won 21 Grand Slam singles titles, which is the most of any male competitor.

When he was asked why he was willing to let go, he replied that it was because the principles of decision making on his body are more important than any title. He is trying to be in tune with his body as much as he possibly can.

Novak said that he had always been a great student of wellness, wellbeing, health, and nutrition and his decision is partly influenced by the positive impact of certain factors, such as, changing his diet and his sleeping patterns.

He said that he has kept his mind open about the possibility of being vaccinated in the future, because everyone is trying to find collectively, a best possible solution to end Covid-19.

He adds that he was never against vaccination. He completely understands that globally, everyone is trying to put a big effort into handling this virus and hopefully looking forward for an end to this virus.

Djokovic is a remarkable individual. He has with a clear vision thought about the conflict between individual autonomy and the collective good, and he feels that as an elite sportsman, his body is his business, talking in both senses of that word. He also adds that he has an open mind, but as things are showing up, he will not get the jab.

It is difficult to know what more Novak Djokovic needs or wants to know. He said that he does not have enough information about the vaccine, if there was just one Covid jab. As an exclusive athlete, he is at low risk from Covid, but not zero. He has had Covid twice.

He acknowledged that he understands that there is a lot of criticism, and also that people come out with different theories on how lucky he was or how convenient it has been for him.

Novak’s medical exemption request was made anonymously, and it was accepted by two independent Australian panels. However, there was a different travel declaration which included an error.

He said that the visa declaration error was not deliberately made. It was accepted and confirmed by the Federal Court and the minister of the Ministry for Immigration in Australia.

He also added that what people probably don’t know is that he was not deported from Australia on the basis of him not being vaccinated, or because he broke any rules, or that any errors were made in his visa declaration. All of it was actually approved and validated by the Federal Court of Australia and the Minister for Immigration.

He added that the reason why he was deported from Australia was because the Minister for Immigration used his discretion to cancel his visa based on the minister’s perception that he might create some anti-vax sentiment in the country or in the city, which Novak completely disagree with. 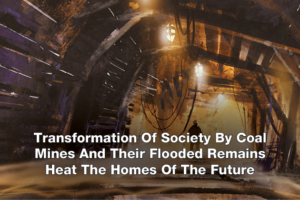 Previous post Transformation of Society by Coal mines and their flooded remains heat the homes of the future. 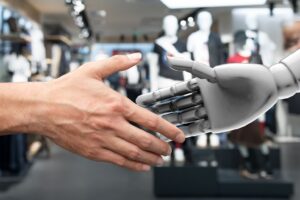