New Orleans: Hospitals in New Orleans have to cope with two health emergencies as they brace up to face the roaring hurricane Ida amid hospitals packed to capacity from the fourth wave of Covid-19 and oxygen supplies running short.

The hurricane Ida is predicted to strike into the state, surging from the Louisiana coast. It is anticipated to be a category four strength hurricane with ferocious winds up to 150 mph (240kph).

The recent surge- the fourth wave, is due to the highly contagious Delta variant and low vaccination rates across the state.

The fresh cases are rising at a rate of over 1000 per day, and the hospitalization has surged to over 3000 per day ahead of the maximum number of 2000 per day (and even less) in the previous three waves.

Last Saturday recorded 2700 hospitalizations creating a huge load on hospitals and doctors. With such a surge in cases, the oxygen demand has peaked to the extent that the worst affected hospitals are left with an oxygen supply of only 12-24 hours.

The hospitals in Florida had signalled about the oxygen shortage in early August, citing a dearth of qualified drivers to transport the oxygen and restrictions on their run-times.

In normal circumstances, the administration would initiate evacuation of patients at a hurricane of this severity. But with such huge numbers and no alternative arrangements elsewhere in hospitals within or outside the state, evacuation is not possible.

Ochsner Health which runs a large chain of hospitals partnering with several other hospitals in the state, evacuated a fraction of its patients with special medical needs admitted in the rural areas close to the coast with proper medical arrangements to the larger hospitals. They had intended to evacuate some hospitals in the proximity of the coast, but the huge number of patients across all their hospitals rendered it impossible to execute the idea.

To cut the burden, hospitals have discharged many patients that were off oxygen support and ventilator. But the challenge is that 75 to 80% of those admitted in the ICU are on a ventilator. Hospitals have now called for an extended shift for a limited number of doctors, nurses and other hospital workers. They will begin the shift early morning Sunday and stay put in hospital until the hurricane subsides and it is safe to move.

Another batch of doctors has been appointed to relieve the doctors in the extended shift, when it is feasible, hopefully by Monday night.

To gear up for the aftermath of the hurricane, hospitals have taken power back up. The generators have been fixed at a raised level to protect them from flooding, and abundant diesel has been stocked. Assuming that the first floor may get flooded, the essential services have been moved to higher floors.

Essential supplies like water and fuel have been stocked optimally. In addition, vehicles that can manoeuver in raised level of water, like boats and big trucks, are ready.

While the hospital staff faces a stressful challenge to manage patients under the hurricane fury, the system is better equipped this time than it was when Hurricane Katrina, again a category four-strength hurricane, hit the shores exactly 16 years ago.

InAs Hospitals Run Short of Oxygen and Hurricane Ida Surges Close, It is anticipated to be a category four strength hurricane with ferocious winds up to 150 mph (240kph), Louisiana Faces, Many hospitals are drawing oxygen from the reserve tanks, New Orleans, surging from the Louisiana coast, The hurricane Ida is predicted to strike into the state, Two Conflating Catastrophes 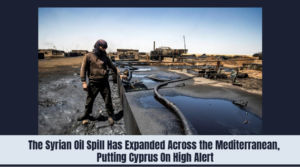 Previous post The Syrian Oil Spill Has Expanded Across the Mediterranean, Putting Cyprus On High Alert 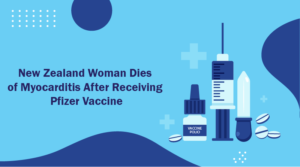