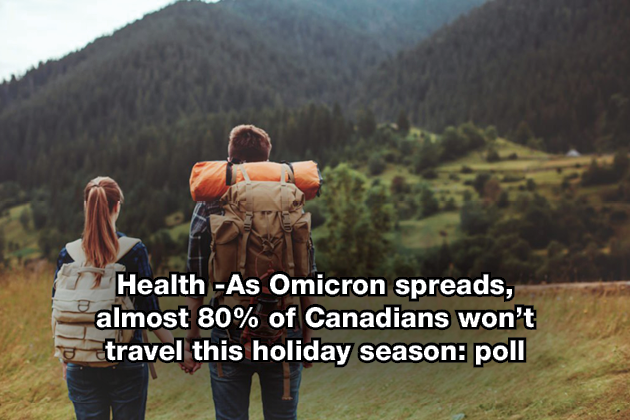 According to a new poll, a majority of Canadians will not be traveling through the period of the holiday as the rapid and continuous rise of highly-transmissible Omicron variant is responsible for the spread of Covid-19 cases at homes and abroad.

The online survey from December 15-20 included, around 1,157participants and was conducted. However, the questions of the survey mainly concentrated on air travel, which is comparatively safer than cruise travel during covid-19, though dangerous than traveling by car.

Whereas, 31% of responders said that they have canceled their flight owing to Omicron warning, by paying attention towards the ‘federal government’s travel advisory in order to avoid unnecessary traveling. Because of it, around 63% of people said they were afraid to book new flights.

Where 70% of people stated that the Omicron variant which is frightening and tried to replace the Delta variant as an effective strain in a few regions and didn’t affect plans of traveling.

Already the Omicron variant has led to ‘hundreds of cancellations of flights due to staff shortage’, interrupting the holiday celebrations during the peak travel times of the year.

Kate Musgrove, the director of RedFlagDeals.com said the discomfort among the Canadians and continuous shifting regulations concerning Omicron is forcing many peoples to reconsider their traveling plans.

According to the previous research, the Omicron variant is contagious than the Delta variant, although it involves less risk of severe illness and hospitalization.

Musgrove addressed to Global News, “the new variant has been more infectious is a big trouble for peoples.”

In spite of fear, 76% of people identified that the airlines have initiated safety and responsible measures considering the Covid-19 virus.

However, Musgrove said, “it’s not like that, the airlines aren’t doing a great job of securing people from corona virus, they just feel like naturally there is a risk as there are too many unrecognized.”

Although, Canada has made its travel restrictions tough, in an effort to bluff the Omicron impact.

Beginning of this week, the people of Canada returning home from abroad trips, are required to show the proof of negative PCR Covid-19 test before re-entering the country.

The Federal government announced a new advisory on 15th December, of traveling insisting Canadians, of their vaccination status to avert unnecessary trips outside the country.

The President of Tripcentral.ca, Richard Vanderlubble addressed, there was an “assault of cancellation” before the advisory was reinstated by the government.

He also said that, with many changes in schedule, new bookings, people are waiting on the barrier and it’s been very “chaotic”.

According to Statistic Canada, in November, many Canadian residents traveling abroad have returned over nine times via, Canadian airports.

In November, generally, earlier to Omicron there was just quickly pent-up requirements (to travel), reported by Global News.

Firestone, the president of Travel Secure said, “we are started to feel normal again about traveling and wilt two vaccinations and a booster shot, so this has been proved as set-back.”

Although, there is a request and desire to travel, continuous change in the restrictions of Covid-19 is discouraging Canadians from packing their bags and traveling via, plane.

Vanderlubbe said, “the drag is the raised concern by the government, that you might end facing difficulty staying at home or the conditions at the border could change or anything else.”

Around 50% of respondents said that they will travel only within Canada. According to the poll result, Asia and Europe were the topmost international travel destinations.

Musgrove said, “there is a quick rise and fall off for the travel beyond North America.”

Inalmost 80% Of Canadians Won’t Travel This Holiday Season: Poll, Around 50% of respondents said that they will travel only within Canada, Health -As Omicron Spreads, the new variant has been more infectious is a big trouble for peoples., those people looking to book a flight ticket a massive 71% people said that it will be a pleasure and only 4% people said that they would travel for only work purposes. 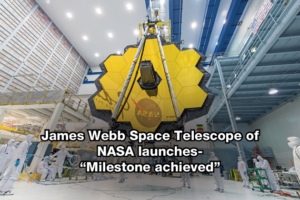