Amid the COVID-19 crisis and the variants that are doing the rounds, you will find an increasing fear of the situation after the third wave may put the entire global thinking tank to speculate the future of the world’s health situation. Recently, another complaint, an anomaly, the Havana syndrome, was detected. It has been found in some people working in the government, in the U.S., China, Germany and Austria.

How Havana Syndrome Was Discovered

In 2016, some diplomats suffered from pain, nausea, dizziness immediately after the sudden onset of a loud piercing sound and intense pressure in the face during the night. The sound stopped eventually, yet the pain and dizziness remained and the sufferers had much trouble concentrating. This problem was seen in U.S. officials working in the U.S. embassy in Havana of Cuba, hence the name HAVANA syndrome. Around 15-20 American diplomats and intelligence operatives and their families have reported suffering from this syndrome. In July 2021 again, dozens of U.S. diplomats in Vienna, Austria, were reported afflicted by the Havana Syndrome.

There have been many studies going on to find the exact cause for HAVANA Syndrome since 2016. There are many theories to find the precise cause of this health complaint. Initially, the experts suspected accidental/deliberate exposure to a toxic chemical, pesticide, or drug might have caused this, but later this was proved wrong. Some other theories spoke of microwave radiation from secret enemy services or of acoustic attacks.

What Experts Have To Tell

After much deliberation, in the year 2020, as per the assessment by National academics for science and engineering and medical, researchers concluded that some mechanical device that emits ultrasonic or microwave energy, HAVANA Syndrome, might have occurred. Their explanation concentrated that exposure to radiofrequency energy through highly specialized bio-weaponry caused microbubbles to get created in the person’s ear and reach the brain through the blood. Eventually, end up causing cell damage similar to decompression sickness. Another possible reason could be the direct penetration of the radiofrequency waves into the skull, which disrupted brain electrical and chemical activity. Certain neural pathways were rewired, leading to these symptoms. But the exact cause of the health problems remains unclear.

A few days back, for the first time in Germany, a NATO country that hosts U.S. nuclear weapons and troops, two U.S. officials have reported to sought medical treatment after developing symptoms similar to mysterious health complaint Havana syndrome. Reports suggested that these diplomats worked in Russia-related areas, including cyber-security, gas exports and political interference.

Some of the treatments for HAVANA Syndrome include alternative medicine modalities such as art therapy, meditation, breathing exercises, and acupuncture.

In the early days of July this year, the U.S. Senate unanimously had passed legislation to support American public servants who have suffered brain injuries from possible directed energy attacks or Havana syndrome. It is called HAVANA (Helping American Victims Afflicted by Neurological Attacks) Act. Financial support along with needy medical aid and legislative changes to cope with the HAVANA Syndrome gets provided to the victims and their families through this act. It is a gesture from the U.S. government to acknowledge the hardship U.S. Public officers are putting their lives at risk. 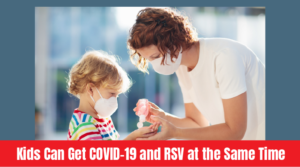 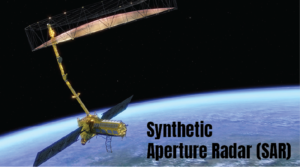