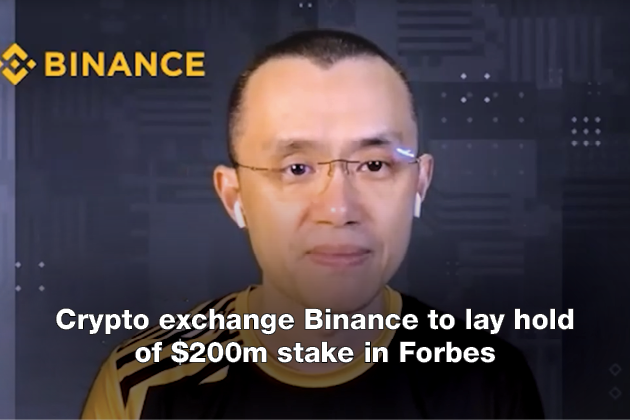 One of the world’s biggest cryptocurrency firms, Binance, said that it will take a $200m stake in Forbes in the latest twist for the 105- year old media brand.

Till today, Forbes, has an audience of more than 150 million people worldwide with 45 licensed local editions which covers 76 countries. Its online content is filled with articles written by a small army of contributors, who have at times raised questions about the brand’s reliability.

Forbes which is known for its ranking of billionaires, said that the deal would help make it a leader supplying information about digital assets such as Bitcoin.

But news of the investment ignited questions among media watchers about potential conflicts of interest.

In 2020, Binance sued Forbes for defamation but later on dropped the case.

Analysts also noted that crypto assets have been particularly vulnerable to the manipulation by celebrities and media hype with prompting warnings from regulators around the world.

In a statement announcing the investment, Binance founder, Changpeng ‘CZ’ Zhao, said that he saw media as an essential element to build worldwide consumer understanding and education of the crypto market and emerging blockchain technologies.

The Chinese Canadian billionaire, whose net worth is estimated to be nearly $100bn, took to Twitter to clarify his comments, saying that his focus was on helping Forbes build out its technology and also called Forbes’ editorial independence, Sacrosanct.

He told broadcaster CNBC, that his firm was also looking for investments in other traditional companies as it looks to advance adoption of blockchain which is a system for recording transactions that uses a shared and decentralised ledger.

Forbes also said that Binance, which has faced inspection from regulators in the US, UK and elsewhere would provide technology advice which would help the business publication to maximize its brand and advance plans to convert readers to pay subscribers.

It said that the deal would not change its areas of coverage, but hopefully would allow its existing digital assets team and some other beats to grow over time.

Bill Hankes, spokesman, told the BBC that Forbes has been fiercely independent for more than a century, regardless of their ownership and is not changing.

He also added that the integrity of their trusted journalism is their most important brand asset.

At a key moment for the crypto industry, the deal arrives. Currencies such as Bitcoin have seen values skyrocket when the companies have been spending on sports stadium sponsorships, advertising, and government lobbying to grow their influence and shape expected regulation.

Henri Arslanian, a partner at PWC, who frequently advises crypto firms said that many crypto firms have been growing into new areas which includes media, as they look to increase their reach.

He also added that even if both sides have promised independence, the tie-up between Binance and a major US media brand will still raise questions.

He later told on BBC that even though there might not be a direct conflict of interest, he thinks that the perception will still remain. 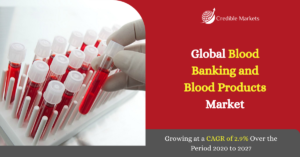 Previous post Blood Banking and Blood Products Market Growing at a CAGR of 2.9% Over the Period 2020 to 2027.