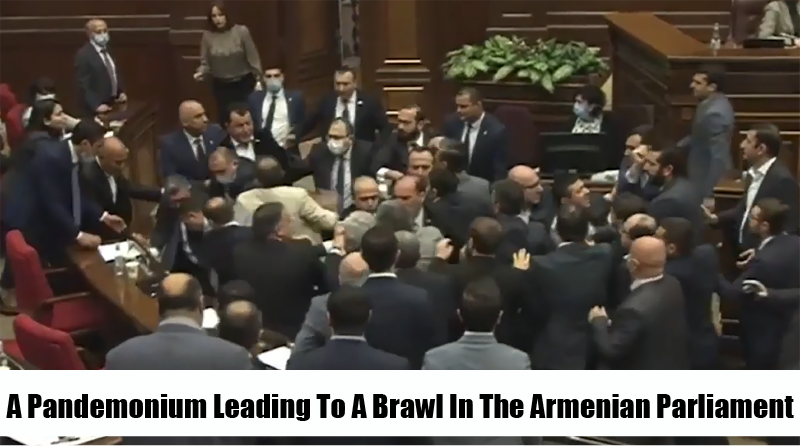 Since the war with Azerbaijan over the control of Nagoro-Karabakh, Armenia has taken the defeat in good taste. Now some factions feel that war should be waged and others wouldn’t want it. This scene presented in the parliament reflected the sentiments of the people leading to a brawl which became a major impediment in the proceedings.

What Caused The Unrest

Brokering a peace deal hasn’t been much of a success which the prime minister of Armenia tried to work on. Though the people’s voices of discontent were in the air, he was victorious, but this brawl isn’t doing much for his reputation. Armenia had to give away swathes of land which were under Armenian control for decades to Azerbaijan. The prime minister who came to power with a landslide victory isn’t being spared for the debacle and is facing acrimonious allegations in parliament.

Finding common ground by the newly formed parliament of Armenia is proving to be a herculean task. One that may first need to work on finding supporters as the opposition is vying for blood as they feel the loss of Karabak as the failure on the part of the Government and seek redemption.

The ruckus began by throwing bottles of water at the speaker of the ruling party, which led to a brawl between the opposition and the ruling. This got the speaker of the parliament of Armenia to call for a pause in the session. He had to call for the security personnel to handle the situation, which had almost gotten out of hand. Ever since the incident, the parliament has been cleared of water bottles and hand sanitizers.

The Continuation Of Unruly Scenes

Again this brawl seems to erupt when the opposition lawmaker stood to make his comments. It sparked a huge fight on the chamber floor. It was so bad that security had to break the scuffle and get one of the parliamentarians to the hospital with an injured eye. There was constant sloganeering raising so much din that the day’s proceedings couldn’t be carried out with the opposition shouting that the ruling party of Armenia were supporters of the capitulator.

The loss of territory has given rise to a political crisis in Armenia that doesn’t seem to be ending soon enough. However, a truce has to come quickly on the cards upheaval can cause more lives if a rebellion occurs in the country, which already saw a loss of 6,500 lives last autumn because of the Nagorno-Karabakh dispute. It needs to be seen how things could be changed and normally restored such occurrences don’t happen again.

Russia intervened to broker peace in the fight and Armenia had to surrender some of the territories to prevent the restive nature of the deal flaring up a great deal. Though mediated and overseen by Russian troops, the ceasefire yet skirmishes on the border have been reported in recent months, sparking fears of yet another territorial dispute.

InA Pandomeuim Leading To A Brawl In The Armenian Parliament, Again this brawl seems to erupt when the opposition lawmaker stood to make his comments, Armenia has taken the defeat in good taste, The Continuation Of Unruly Scenes, What Caused The Unrest 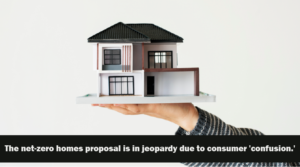 Previous post The Net-Zero Homes Proposal Is in Jeopardy Due to Consumer ‘Confusion.’ 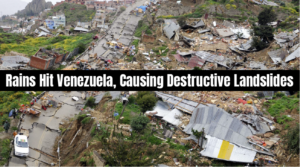